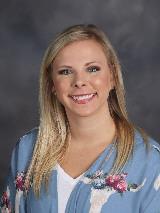 My name is Katherine Cunningham. I am a 2007 graduate of Lamar County High School located in Vernon, Alabama. After graduation, I attended Mississippi University for Women where she earned her Bachelor of Science degree in Biology with a Minor in Chemistry in 2011. I currently enrolled in the General Science Alternative Degree Program at the University of West Alabama in Livingston, Alabama. I plan to graduate from UWA with a Master of Arts in Teaching in December. I was also the proud owner of Stella & Dee Bakery, located in Vernon from 2011 to 2014. It was during that time that I served on the Lamar County Industrial Board, the Vernon Chamber of Commerce, and was the Chairman for the Lamar County Relay for Life. I also had the privilege of being the guest speaker for the 2013 incoming freshman class at MUW where I spoke about the topic of "Entrepreneurship".
In 2014, I accepted a teaching position at Heritage Academy in Columbus, Mississippi where I taught 7th grade life science, 9th grade algebra, and 10th grade geometry for one year. I, then, accepted a position at South Lamar in 2015 where I currently teach 7th grade life science, 8th grade physical science, 10th/11th grade physical science, and 12th grade environmental science. I also served as the cheer sponsor from 2015 to 2018.
I reside in Millport, Alabama with my husband, John G. Cunningham, who is a 2004 graduate of South Lamar. Together, we have one son named Evan G. Cunningham.